Google lawsuit in the US: see what is known | Technology

Google lawsuit in the US: see what is known | Technology 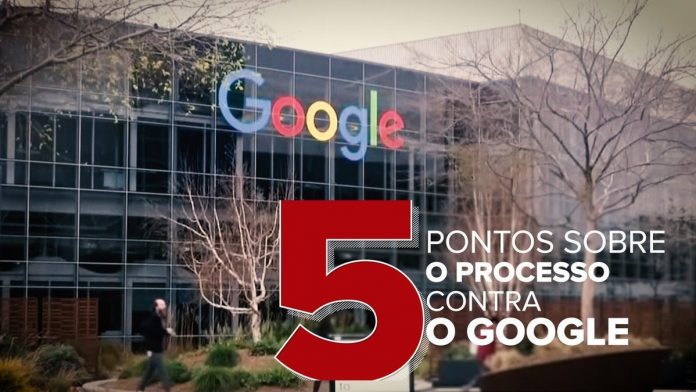 A action, started last Tuesday (20), is related to the domain systems internet searches of the company.

According to the lawsuit, Google abuses its power by paying other companies – such as cellphone manufacturers and operators – to keep its system as the default. And so, it also holds the monopoly in the ad market on these pages. The company says the action is flawed and denies wrongdoing.

It’s the largest process of its kind in 20 years in the USA, and it can take years to reach the end. See what is known so far about the action.

What is Google accused of?

The action is based on antitrust laws, what exist to maintain healthy market competition, without companies using economic power to generate artificial monopolies.

In practice, these rules avoid distortions in prices and guarantee stimulus to companies’ innovation, explain experts heard by the G1.

For US prosecutors, Google abuses its power by paying other companies – such as cell phone manufacturers, operators and web browsers – to keep its search engine as the default.

The Department of Justice considers that it is an illegal network of exclusive and interconnected commercial agreements that exclude competitors.

Apple, maker of the iPhone, is cited in the lawsuit as one of the companies that are part of these agreements.

IN THE PROCESS, PROSECUTORS CLAIM THAT THE COMPANY IS SO DOMINANT THAT “GOOGLE” IS NOT ONLY A NOUN TO IDENTIFY THE COMPANY AND ITS SEARCH ENGINE, BUT ALSO A VERB THAT MEANS TO SEARCH THE INTERNET.

Google’s practices would also have allowed the company to maintain a monopoly in the search advertising market, with the “power to charge more than it could and reduce the quality of service,” according to the Department of Justice.

The digital advertising market is the company’s main source of revenue.

The company’s leadership in the market, by itself, is not illegal, explains Luciana Martorano, general secretary of the competition defense commission of OAB-SP, to the G1.

“THE MONOPOLY IS AN ECONOMIC SITUATION, IT IS NOT ILLEGAL, SINCE IT CAN BE REACHED BY THE EFFICIENCY OF A COMPANY. WHAT IS ILLEGAL IS THE ABUSE OF MARKET POWER,” SAID THE LAWYER.

For the American authorities, these practices prevent the emergence of “the new Google”.

“IF WE DON’T ENFORCE ANTIMONOPOLY LAWS THAT ALLOW COMPETITION, WE COULD MISS THE NEXT WAVE OF INNOVATION. AND IF THAT HAPPENS, AMERICANS MAY NEVER GET TO SEE THE NEXT GOOGLE,” SAID JUSTICE DEPARTMENT NUMBER 2 JEFFREY ROSEN TO THE NATIONAL NEWSPAPER.

Google is the most used search engine by people on cell phones in the USA: 95% of surveys go through the company’s system, according to the analysis company StatCounter. In computers, this percentage is 81%.

The Justice Department points out that 60% of searches in general go through “exclusive agreements”, and that almost half of the remaining searches are carried out for the company’s own products, such as the browser Chrome.

In addition to it, Google also develops operating systems for mobile phones, the Android, used in most devices sold worldwide.

The technology giant defended itself by saying that the process is deeply flawed and will not help consumers because, “on the contrary, it would artificially offer low-quality alternatives, raise the price of phones and make it difficult to access the search services that people want to use. “.

Another argument for the defense of the technology giant was that “like countless other companies,” Google would pay to promote its services.

“Other search engines, including Microsoft’s Bing, compete with us for these deals. And our contracts have been evaluated by repeated antitrust assessments, ”said Google.

For Maria Cibele Crepaldi, this is not a guarantee that the company has not carried out illegal practices. “The fact that other companies do the same does not mean anything,” he says.

“Perhaps the way other companies do it may not imply the form of competition. Everything has to be verified. Just as the Department of Justice is going to have to show (what charges are sustained),” he added.

Who heads the lawsuit against Google?

The lawsuit was filed by the US Department of Justice, a body equivalent to a ministry, which is linked to that country’s presidency. Prosecutors, for example, have a party.

And while the lawsuit was filed under the tutelage of Republican attorney William Barr, during the term of Donald Trump, the lawsuit is also supported by Democrats.

Democratic prosecutors in New York, Colorado and Iowa said they should complete their own investigations into Google in the coming weeks.

Has Google ever suffered similar lawsuits?

The technology giant has already suffered similar actions in the European Union. In 2018, the bloc fined the company 4.3 billion euros for abusing the leadership position of Android, its system for cell phones and tablets, with the aim of ensure the hegemony of your online search service.

It was not the only time that Europe punished Google, which also suffered fines in 2017 and 2019 for practices that affected the competitive market.

The company is also under the scrutiny of US lawmakers. In July 2020, the chief executive of Alphabet (the company that owns Google), Sundar Pichai, was questioned by the US Congress alongside Mark Zuckerberg (Facebook), Jeff Bezos (Amazon) and Tim Cook (Apple).

Earlier this month, a U.S. House of Representatives commission concluded an investigation into possible anti-competitive practices by Apple, Amazon, Facebook and Google.

According to lawmakers, companies “have become the types of monopolies last seen in the era of oil barons and railroad tycoons.” The current action is not related to the findings of this commission.

What can happen to Google?

Processes like this can take years to complete, and there is a long way to go before the consequences are clear.

“Everything depends on the proportion that the investigation will take, as it is a relevant company, and an action that will have an immense repercussion, I believe it will be a long process, at least one year,” said expert Luciana Martorano .

For lawyer and economist Renato Opice Blum, a specialist in digital law and data protection, the possible punishments for Google can be varied. “From the imposition of a fine to the separation of companies, restrictions on operations in the branches of companies and so on,” he said.

It is possible that the Justice Department will determine the division of Google, but that hypothesis has not yet been clearly mentioned by prosecutors.

Asked at a press conference about this possibility, Ryan Shores, from the Justice Department, said only that “nothing is out of the question”.

He points out that there is a tradition in the US about these lawsuits against large companies.

An alternative deal is also possible, as happened with Microsoft in 2001. Currently, Google has more than $ 120 billion in cash, and its market valuation is over $ 1 trillion.

“The break up could be applied, but I think the authority would have serious difficulties to make this conviction stop standing in the US Justice, “stated Luciana Martorano.

Can there be repercussions in Brazil?

According to experts, the principles of American antitrust laws are similar to those of Brazil.

“The main differences occur in the procedural part and in the structuring of competition protection bodies”, explains Opice Blum.

For this reason, actions that were opened in the USA and Europe motivated actions by the Administrative Council for Economic Defense (Cade), but ended up filed.

This is the case in which Google would have placed the “shopping” function in a privileged position within the results of its search engine on the internet, closed by the Brazilian authority in 2019.

The lawyer Luciana Martorano points out, however, that there is communication between Cade with other antitrust authorities in the world, especially when multinational companies are involved.

For specialist Maria Cibele Crepaldi, it is possible that the Justice Department’s process has repercussions in Brazil.

“AS SOON AS YOU HAVE THE SAME ACTORS (GOOGLE AND APPLE) IN BRAZIL, AND IF IDENTIFIED BY THE AUTHORITIES, CADE COULD FILE A LAWSUIT HERE,” HE SAID.

Biggest action in 20 years in the USA

This is the largest antitrust lawsuit in 20 years in the United States. It is comparable to the 1998 lawsuit against Microsoft – the case is cited as a precedent by prosecutors.

At the time, the process was related to the company’s practice of forcing computer manufacturers to make the Internet Explorer browser the standard on your machines.

In 2001, the U.S. Department of Justice decreed dividing Microsoft into two companies, but the company appealed, closing a deal that determined the sharing of Windows programming interfaces with other companies.